Azerbaijan demanded the demilitarization of Nagorno-Karabakh

In response to the actions of the Armenian military, on August 3, Azerbaijan carried out the “Retribution” operation in the region. On the same day, the Karabakh Defense Ministry accused Baku of attacking its positions. Yerevan reaffirmed its commitment to peace in the region 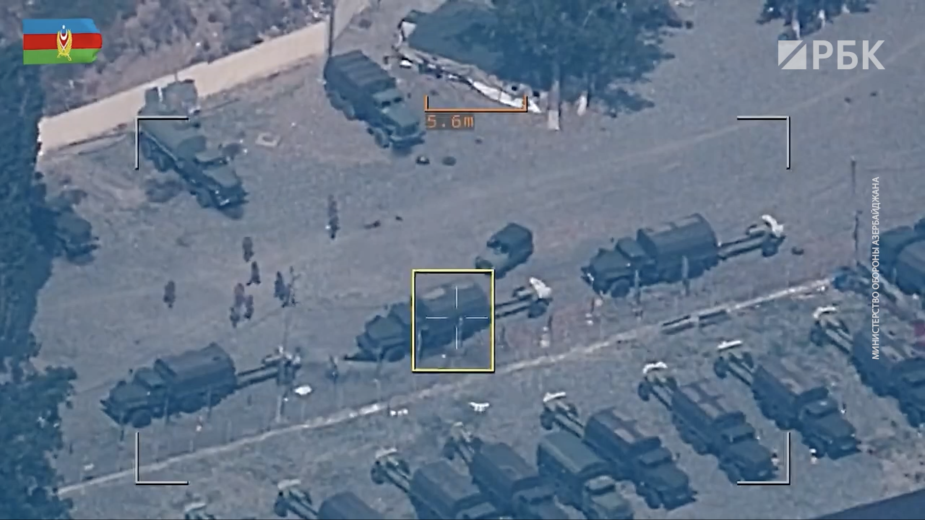 Baku demands the demilitarization of the territory of the unrecognized Nagorno-Karabakh, where Armenian military personnel and Russian peacekeepers are stationed, according to the Telegram channel of the Azerbaijani Defense Ministry.

“The presence of the Armed Forces of Armenia and illegal Armenian armed formations in the territories of Azerbaijan, where peacekeepers of the Russian Federation are temporarily deployed, remains a source of danger. The demilitarization of these territories, the complete withdrawal of Armenian troops from there and the disarmament of the illegal Armenian armed formations are absolutely necessary,— the message says.

The military department reported that on August 3, Armenian servicemen “committed a sabotage-terrorist act” against the Azerbaijanis, which led to the death of one military man from Baku. Also, the Armenian forces tried to capture a hill in the mountain range on the territory of the Kalbajar and Lachin regions (according to the agreement of November 10, 2020, they were returned to Azerbaijan).

In response to these actions, Baku carried out the Retribution operation. During it, several “important dominant heights” were taken under control, “engineering work is underway to equip new positions and build access roads.” In addition, the positions of “illegal Armenian armed formations” were destroyed, an air strike was carried out on a military unit.

On August 3, the military of the Nagorno-Karabakh Republic reported the use of grenade launchers and anti-aircraft missile systems by Azerbaijan, as a result of which two contract servicemen were killed and 14 were injured. Partial mobilization was announced in the republic.

Nagorno-Karabakh declared independence from Azerbaijan in 1991. Most of the districts of this historical region are inhabited by Armenians. In 1992, Baku tried to take control of Karabakh, the conflict was frozen in 1994, but escalated again in 2016, and then in 2020.

According to the results of the latest agreements between Yerevan and Baku, the parties agreed to stay on their positions. A Russian peacekeeping contingent (about 2,000 military) was deployed along the line of contact and the Lachin corridor (it connects Karabakh and Armenia) for five years.

Armenia pledged to return to Azerbaijan two regions, Kelbajar and Lachin, which share controlled Russian peacekeepers the territory of Karabakh and Armenia and are not included in Nagorno-Karabakh.

Read on RBC Pro Pro Is it enough for health to exercise half an hour a day Articles Pro x The Economist Inflation 160%: why the Turkish authorities cannot contain price increases Pro articles Remote work is the “new cookies” for office workers Will the company rescue plan work? How the industry is changing Forecasts

The Armenian Foreign Ministry, in its statement on the situation, confirmed “its commitment to the agenda of establishing peace and stability in the region”; and called on “the international community to take action to stop Azerbaijan's aggressive behavior and actions.” The ministry noted that they consider Baku's attempts “unilaterally to change the legal regime in the Lachin corridor” unacceptable.

The Russian Ministry of Defense reported that peacekeepers had recorded a violation of the ceasefire by Azerbaijan. “The command of the Russian peacekeeping contingent, together with representatives of the Azerbaijani and Armenian sides, is taking measures to stabilize the situation,” — the message says.