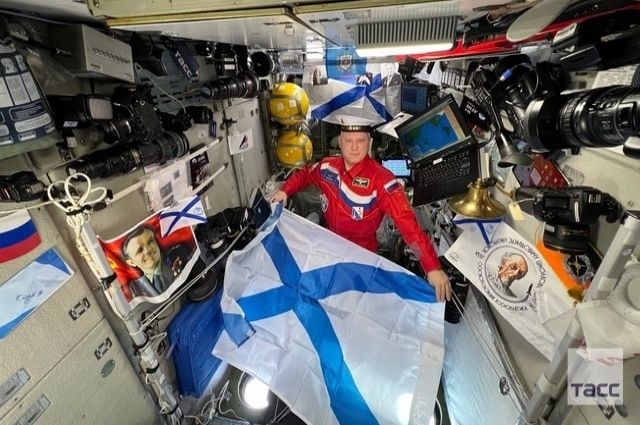 He put on his peakless cap and unfurled the St. Andrew's flag.< /p>

It is noted that the cosmonauts held an impromptu festive parade on board the ISS, the participant of which was a figurine stylized as a Project 667BDRM submarine Dolphin.

Recall that on this day, Russian President Vladimir Putin will sign two decrees: on the approval of the Naval Doctrine of the Russian Federation and the Ship Charter of the Navy. The corresponding ceremony will be held at the State Museum of the History of St. Petersburg in the Peter and Paul Fortress.