“Is there someone alive?”. The true story of a female student who survived a plane crash 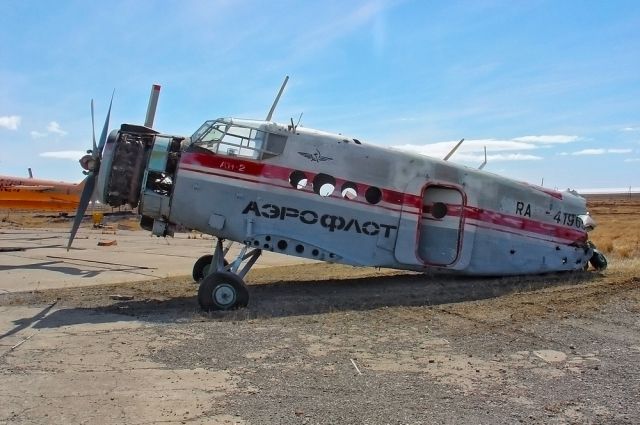 9 on June there is a movie directed by Dmitry Suvorin “One”, based on the true story of 20-year-old Larisa Savitskaya&nbsp ;— the only passenger who survived the crash of a passenger plane over the Amur taiga in 1981. The girl fell from a height of 5200 meters, spent several days in the taiga and met rescuers on her own feet.

Savitskaya herself was a consultant for the film, she was present at the shooting, her stories formed the basis of the script, although, as in any movie, it was not without fictitious details. But the main outline of the story has been preserved. Director Dmitry Suvorov learned about the miraculous rescue of Larisa Savitskaya from a program that he accidentally stumbled upon on one of the cable channels. Since the story has never let go of the director.

A y "AiF" had her own story connected with Larisa. In 2001, it was to our publication that Larisa Vladimirovna for the first time told details about which she could not speak freely — data about the catastrophe was classified. Our second conversation took place already in the course of work on the film. By the way, the son of the heroine, who was imbued with Suvorin's idea, helped the director to persuade Savitskaya to film the story. . Shortly before the crash, 20-year-old Larisa Savitskaya, a student at the Pedagogical Institute from Blagoveshchensk, watched the Italian film “Miracles Still Happen” in the cinema. (the story of a real girl who survived a plane crash. — Ed.). This movie helped her survive in some way.

— We left around 12 noon. The cabin was not complete, but we decided to stay in their tail  — there is less vibration. I sat by window, Vovka(Larisa's husband, they signed a few months before the disaster. — Ed.) — beside. The that I ended up in the tail — one of the moments that saved me.

I don't remember — fell asleep immediately. I woke up from… With how to compare… A very loud sound, at the same time a cold burn (at an altitude of 5000 m overboard below —40◦C.— Ed.), screams, screeching and loud cotton. I hit my face on the front seat. People were screaming in fear. The plane broke apart — the wings were immediately torn off, then the rest …

I was thrown into the aisle between two rows of seats. I woke up — and the  first thought: "If I fall like that, it will hurt me so much". I look up and see an empty chair. At that moment, I and remembered that movie: the girl in it was falling, sitting in an armchair and holding handrails. I climbed into a chair closer to the window. I don't remember how I crawled into it. The next picture: I'm sitting in this chair, in front of me is a broken porthole. We keep falling, falling… And here I got the feeling that there was a chance to escape, a ghostly one, of course, but still      's self-preservation instinct seems to have kicked in. I grouped, curled up into a ball as much as I could. But anyway, the blow was so strong that I lost consciousness. And lay like this for 5 hours.

The tail of the plane and birch trees helped

Two factors really helped Larisa — the fact that it was in the tail: this part of the plane that fell apart in the sky did not dive, but parachuted (this is how a leaf of a tree falls to the ground). And the girl landed not on the hard tops of coniferous thujas, but on an island of soft birches. Then, when she got acquainted with photographs of the crash site, she saw how the bodies of people hung on trees, pierced by sharp branches.

The plane fell for 8 minutes. Larisa will find out later. As well as the fact that the disaster was the result of a collision with a TU-16K military aircraft performing weather reconnaissance. The time spent unconscious, and it was 5 hours, was able to calculate by watch — they kept walking. It was a gift from my husband. She saw Volodya next to her on the ground. In an armchair. Dead. The fact that he died, she realized even in the sky.

After all, they also watched that movie together, but they were still a bride and groom. The wedding was played in the spring of 1981 & nbsp; The honeymoon trip was postponed for the summer. They took him to the sea. And returned home to Blagoveshchensk on that same ill-fated flight.

— I woke up not immediately. Hearing returned first, my ears were ringing. As it turned out  — it's mosquitoes. She asked: “Is there anyone alive?” It was my first phrase, — Larisa Savitskaya continues.   It was raining, I made a roof over my head out of a headrest cover and a piece of some plywood, there was also a plastic bag, I put it on the head so that mosquitoes wouldn bite my face. The night has come. It was very painful to lie down because of the fractures, but I did then know about them.

It rained for more than a day. Larisa found in herself the strength to build a “hut” from the debris that was nearby. So it got a little warmer. In taiga at the end of August the temperature dropped to +8C, and she wore a light dress and cloak. Yes and the wet   rain. The weather cleared up in a day, helicopters appeared. They went very low. Larisa grabbed the red cover from the armrests and of the last strength waved to them. Then she was told that the pilots saw the girl, but they thought that it was the geologists' cook who was having fun, waving a red handkerchief at them. It      did it it it it it that one of passengers remained intact.

The girl spent three days in the taiga. She was lucky that they were looking for Savitskaya not only from the air. Rescuers combed the taiga square by square. Larisa heard voices. And submitted hers. For rescuers, the appearance of the girl was a shock. “They had round eyes from” the fact that they saw a living person. Among the rescuers was a colleague of my father, — she said later, — He recognized me immediately. And   everything turned off at the sight of people. More than two weeks passed before I could move».

When Larisa was discharged from the hospital, she could not only walk, but even sit. She just lay curled up, because it was impossible to straighten her spine. After 4 days, the doctors had to take the girl back to the hospital. They plastered her arm, put it on a spinal stretch… Then the chiropractor broke the incorrectly fused arm and folded it on new, set the spine, lifted all the internal organs lowered from the blow. The girl began to sit and walk in six months. A year later, she recovered at the institute.

“Aeroflot” paid Larisa “compensation for” treatment “, which amounted to 75 rubles. The military did not give anything, because they did not know which column of money to write out: “There are no victims in air crashes: all the dead.” And who survived — those witnesses. Witnesses of compensation are not allowed. If she had died, the family would have been given 300 rubles.

4 years after the miraculous rescue, Larisa gave birth to a son George. Raised him alone. The child was not even a year old when Larisa's mother died in a car accident. After this tragedy, she lived in Blagoveshchensk for another 5 years. And then decided that she needed to move from a city where everything reminds of two losses — husband and mother. She went to Moscow, where she sheltered a friend, gave them and a room a room. Larisa studied, worked. I bought an apartment. There was a moment when the consequences of injuries returned — she was paralyzed. Larisa was nursed by her son. She coped with everything again.

Six years ago, Larisa Vladimirovna got married. And now, together with husband, she, like all these forty-odd years , celebrates her birthday twice — January 11 (according to passport) and         August        survived the air crash.