Media: Russia in exchange for aid to Kazakhstan demands to recognize Crimea 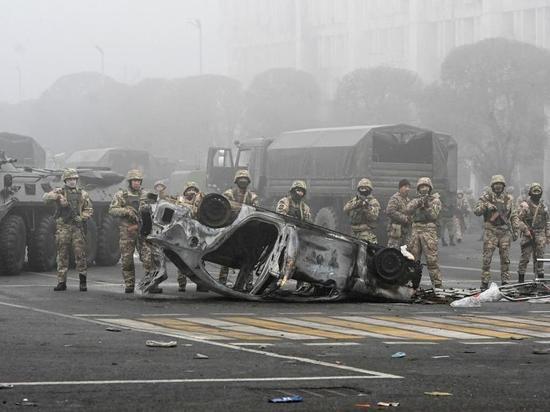 The Kremlin has set a condition for the Kazakh authorities to send the Collective Rapid Reaction Force (CRRF) to the country as part of the peacekeeping mission of the Treaty Organization member states on collective security (CSTO), the Turkish edition of Akit reports.

Recall that on January 6, after the appeal of the leader of Kazakhstan, Kasym-Zhomart Tokayev, to the CSTO, the organization made a decision send peacekeepers to Kazakhstan, where protests continue, to protect critical infrastructure. As noted in the State Duma, the peacekeepers will not disperse the protesters, this will be done by the country's law enforcement agencies. According to the CSTO Secretary General, 2.5 thousand servicemen will arrive in Kazakhstan.

Read the material: Peacekeepers are being brought into Kazakhstan amid unrest: online broadcast