“Mobility is our trump card”

The peacekeeping operation of the CSTO forces in Kazakhstan began on January 6 at the request of President Kassym-Zhomart Tokayev. At the beginning of the new year, mass protests in several cities of the republic escalated into armed clashes with government forces. A well-known military expert, editor-in-chief of the magazine “Arsenal of the Fatherland” Viktor Murakhovsky, in an interview with MK, assessed the air operation carried out to transfer almost two thousand paratroopers to Kazakhstan from a military point of view. 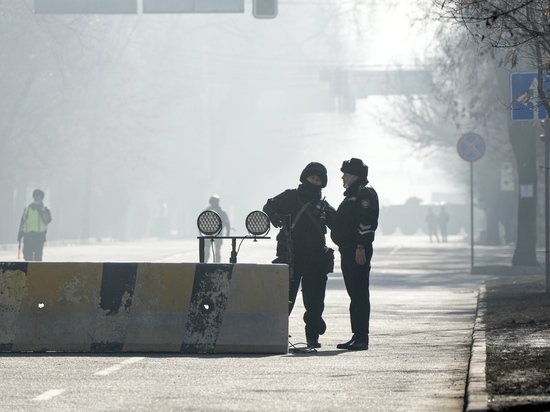 – Karabakh has already demonstrated the high mobility of our forces in November 2020. A peacekeeping brigade of almost 2,000 people with weapons and equipment was then deployed within three days. The current deployment of the CSTO forces, despite the complexity and large scale, only confirmed the mobile qualities of our army.

– We had to use several airfields both in Russia and abroad. Let me remind you that the peacekeeping contingents of Belarus, Armenia, Tajikistan, Kyrgyzstan were transferred to the territory of Kazakhstan by Russian military transport aircraft. You can look at the map where all these countries are located and estimate the complexity of the task.

Plus, the planes flew from several airfields in Russia – from Ivanovo, Ulyanovsk, Chkalovsky near Moscow. It should be understood that these are not just flights of passenger planes. It is required to prepare airborne units in a matter of hours, take them, together with military equipment and weapons, to the loading airfields, of course, with an appropriate supply of materiel. Then the loading of personnel and equipment into the planes. I'm not even talking about navigational and aviation support. And all this in a limited time, from several airfields located in different countries and cities.

It was necessary to ensure the arrival of airborne units with an accuracy of minutes to the unloading airfields in the area of ​​the operation. These are two airfields: a civil one in Alma-Ata and a military one on the territory of a military base in the region.

All this was done without incident or failure, with high precision. We can state that during the first 24 hours the forward echelon deployed, and within three days the entire grouping carried out deployment in a remote theater of operations.

– Our mobility is primarily due to the advance preparation of troops and military transport aviation, as well as the timely decision-making to conduct an operation. Of course, if we simply compare the same military transport aircraft and mobile troops in size, then there are undoubtedly more of them in the US army. As well as in China. But a direct comparison of the numbers is inappropriate. In the armed forces, such an arithmetic approach to assessing military capabilities and combat effectiveness is absolutely wrong. Military history has proven this many times. The advantage in the number of anything or someone does not give any guarantees of victory.

– All our servicemen are equipped with the latest version of the “Warrior” equipment in the version for the airborne troops. This is a comprehensive outfit. It provides for means of protection, weapons, communications, life support and energy supply. As for the means of protection, which, as they say, in plain sight, are evident, we have them at the most advanced level in the world.

For example, the protective helmet of this equipment has no equal foreign analogues in terms of its weight and size parameters and protective properties. The same can be said about body armor, knee pads, elbow pads and other elements.

Of the wearable weapons, which can be seen in many photos and videos from Kazakhstan, this is, for example, the most modern version of the AK-12 assault rifle … It also has combat characteristics at the level of the best world models, and even surpasses them in some parameters. Of course you have to get used to it, as it differs somewhat from the AK-74 and from the AK-74M.

From the means of communication – modern digital radio stations. Servicemen and unit commanders have tablets with which you can access a secure, unified automated command and control system. Specifically in the Airborne Forces, this is the Andromeda-D system.

If we consider the smaller elements, then, for example, the goggles on the helmet are splinterproof, with a protective chromolayer. Also at the level.

– The question here is who and how evaluates. By photo? This is not an expert judgment. It's one thing when a person has served for six months in this outfit – both in the heat and in the cold. Then he can reason how good she is. Or not good. And so, according to the picture, as they say, the taste and color of the markers are different.

– In appearance, all equipment options are similar. They are, of course, not all Russian. Each country has the right to choose its own options for equipping its military personnel. During joint exercises, the military has the opportunity to assess the equipment of the allies. The reviews are usually positive.