“Strikes on traction substations will not solve the problem”

Western weapons are transported by rail in Ukraine around the clock. An endless stream of echelons with fuel. In order to cut off the supply of the Armed Forces of Ukraine, the Russian army began to strike at railway bridges and traction substations. About how Ukrzaliznytsia is organized, and what needs to be done so that the trains with equipment and fuel do not go to the east of Ukraine, we talked with the chairman of the Interregional Trade Union of Railway Workers Yevgeny Kulikov. 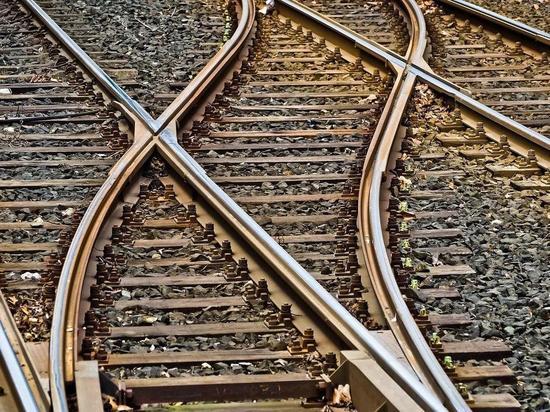 Most of the cargo turnover in Ukraine falls on rail transport. According to open data, the length of the main route is 19,787 kilometers. 1.9 thousand locomotives are operated, of which 1.6 are electric locomotives and 301 are mainline diesel locomotives. That is, most transportation is carried out on electric traction. Electric locomotives drag military and special equipment, stocks of materiel from neighboring countries to the east of Ukraine. Moreover, the echelons go almost unhindered, right up to Kharkov.

Not surprisingly, on the night of April 24-25, according to Ukrzaliznytsya, Russian troops attacked several traction substations in the Kyiv and Vinnitsa regions. 3 out of 13 existing substations were put out of action.

— Traction substations are designed to distribute, convert electricity and supply electric rolling stock, says Evgeny Kulikov. – Disabling them is the same as turning off the electricity at home. Electric locomotives will stop.

Electrification of railways was widely used in the Soviet Union, especially in Ukraine. In Ukraine, all main directions are electrified and operated on electric traction. Therefore, if you break the substation, the electric locomotives will stop. But I don't think this will solve the issue. Ukraine will find a hundred diesel locomotives that will be able to transfer weapons coming from the west. Another thing is that diesel locomotives need diesel fuel. Fuel depots are broken, but, as we can see, they are being actively transported.

The gauge – the distance between the inner edges of the rail heads – is different for the European and Ukrainian railways.

– In Ukraine, there is still a Soviet gauge – 1520 mm. (All railways of the USSR from May 1970 to the early 1990s were transferred from the 1524 mm gauge, which had been the standard since the time of the Russian Empire, to the 1520 mm gauge. – Auth.) And the European one (for Poland, Slovakia, Hungary , Romania) – 1435 mm. This creates certain obstacles for the transportation of goods.

Back in 2017, the Ukrainian side asked the French to contribute to attracting EU funds in order to implement a project to change the railway gauge in Ukraine. But the cart, as they say, is still there.

— The cars, whether they are Polish or German, designed for a narrower gauge, will not pass further through Ukraine.

Evgeny Kulikov says that it is necessary to rearrange the wagons to other wagon bogies, replace the wheel sets. There are special stations on the border for this.

– In our time, when direct passenger trains went to Europe, at the border, at the terminal station, the cars were lifted up on jacks and the bogies were changed. With passenger cars, this is not a problem. They are light enough. The bogies on the wagons were changed even with passengers. They slept at night, there was a rearrangement, which took several hours, and the train moved on. But changing bogies, wheelsets, for heavy freight cars, also with a platform with a tank, is already problematic. This may take several days, if not a week. Many transfer points are capable of handling only a few dozen wagons a day.

— In my opinion, it is necessary to strike not at traction substations and not at bogie transfer points, but at railway tracks. Railway bridges have a complex structure, and it will not be easy to restore them later. But if you break several tens of meters, or even a kilometer of railway tracks, then neither a diesel locomotive nor an electric locomotive will go further. And then they can be quickly restored.