Who is last? In the military registration and enlistment offices of Moscow, there are queues of conscripts with combat experience

Police officers are on duty at the entrance to the Izmailovsky military registration and enlistment office in Moscow. Part — in form and with automatic machines. Some — in civil. Everyone is obviously tense. Not because young and daring conscripts can be kinky and fool around, as happens when conscripts are sent to service. Today, the nervousness of the police is different. It would be more correct to call it “alertness”.

One of the  policemen, a short, strong man with short-cropped blond hair, explains to aif.ru that people should not be photographed. Citizens are sent to the war zone, so it is not necessary to simplify the task of the enemy. We live now in a world that is too transparent in terms of information. 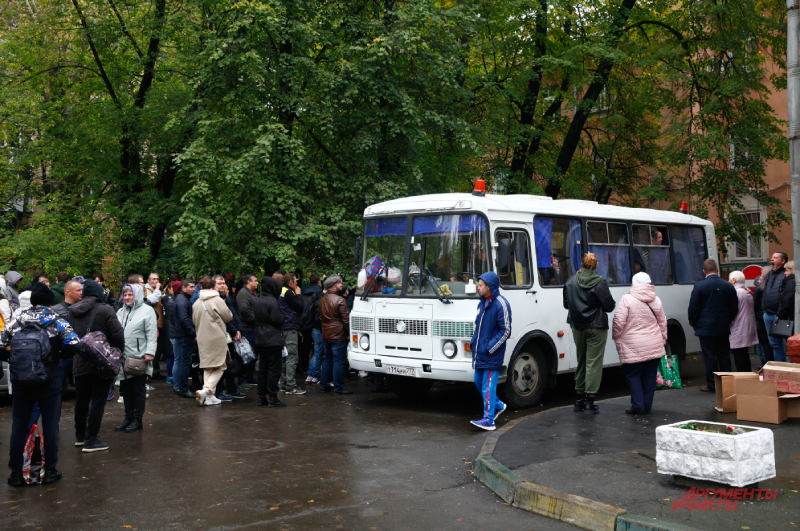 The Russian Guard patrol, which is on duty here, is equipped no worse than the police. Employees explain that they are constantly on duty at the military registration and enlistment office. Crews change, but surveillance is carried out around the clock.

The tired military commissar confirms that in recent days his employees have no such thing as “working hours”. Military enlistment office during during mobilization — This is a 24/7 facility. Therefore, there can only be a short break, when one team of mobilized people is formed and, having plunged into the PAZ-ik, leaves the yard of the military registration and enlistment office. 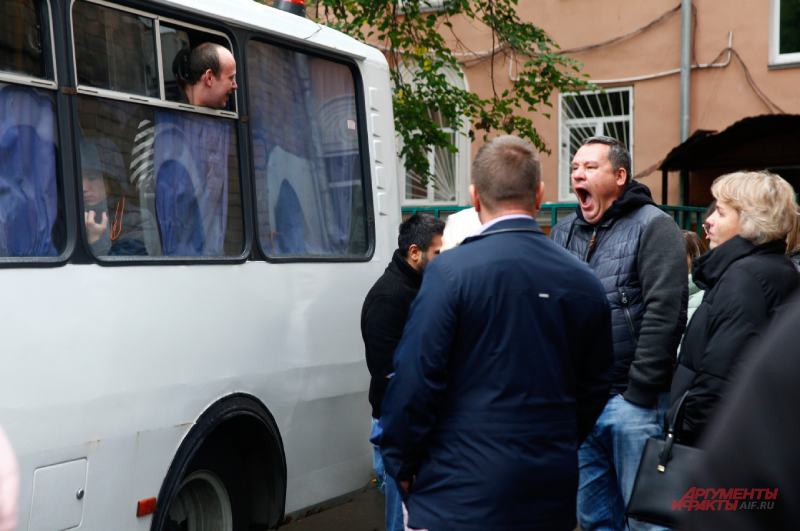 However, it would be difficult to call it a break. It will just become a little simpler: the mobilized will leave, the mourners will disperse. The mobilized and their relatives look much calmer than the police and commissioning office. Young guys, obviously not wasting the rest of the “citizen” day joke. One of the those who have already loaded the bus with things, holds out his hand through the window. The comrades pass him a pack of cigarettes.

— Brother, you look for me a place there! — yells one of them to the one on the bus. — Just agree in advance that the bunk is on the bottom.

It is difficult to pass through the crowd of mourners crowded around the bus. There are five-six-seven friends and relatives for every mobilized. There are no sobbing women, however, and it’s also impossible to notice the joy on the faces. Most of them are serious, talking to each other without raising their voices.

They don't take everyone. An acquaintance of the military commissar explains to the guy: “I repeat to you, young man, you are not suitable for health reasons.” It is not possible to ask the one who received the refusal. The guy just waves his hand in disappointment and, turning around, walks away, hunching his shoulders.

A young woman, a representative of the prefecture, who is present at the paperwork, says that not all of those mobilized were summoned by the agenda. The number of volunteers is impressive.

A small corridor where they are waiting for paperwork is packed to capacity. Some of the people are standing on the stairs.

There is noise on the street: a group of mobilized people has been formed, it's time to leave.

— Russia! Russia! — Engine noise drowns out the coordinated chant. Crackling into gear, PAZ-ik slowly floats through the crowd. After seeing him off until the turn, the mourners begin to disperse: some to the cars, some to the metro.

However, not everyone disperses. Several groups remain under the trees next to the military registration and enlistment office. Young guys with packed backpacks over shoulders smoke quietly, talk with comrades and relatives.