The coalition of the left and the party of Marine Le Pen became the triumphs of the last parliamentary elections in France, and the presidential coalition “Together!” did not receive an absolute majority. 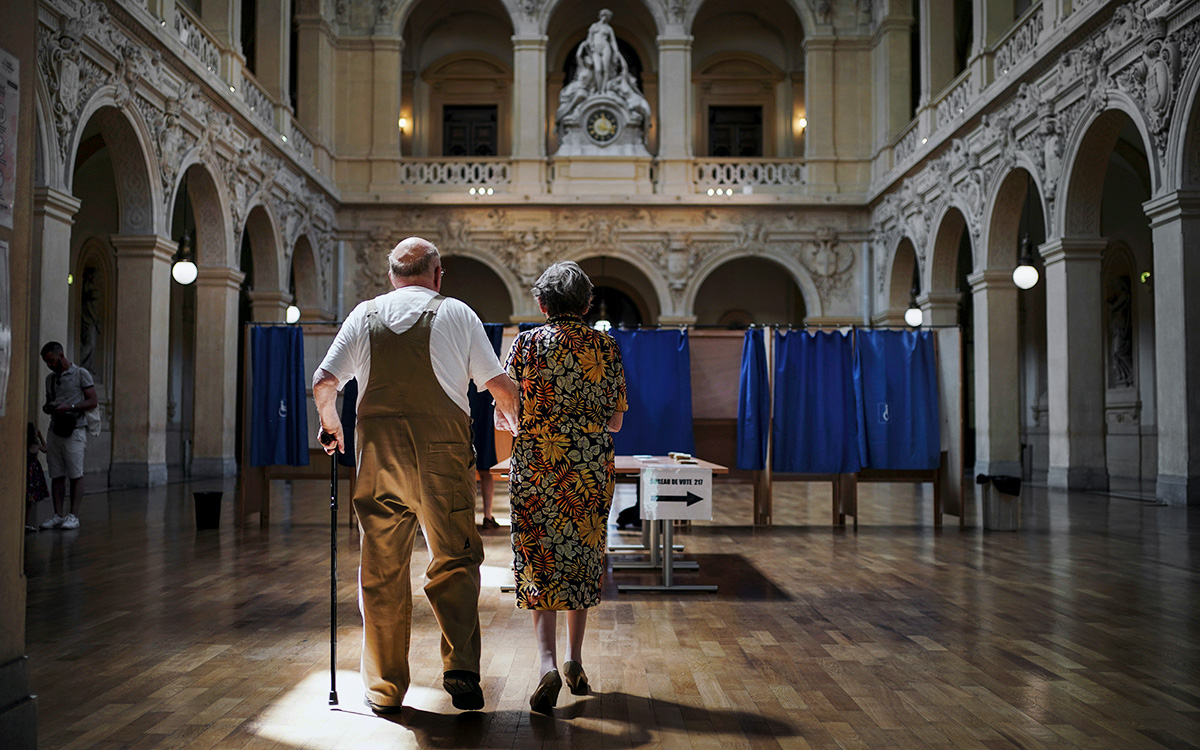 Why Mélenchon and Le Pen rejoice

On Monday, June 20, the results of the parliamentary elections were summed up in France. They went through two rounds, on June 12 and 19. 577 deputies of the lower house are elected in majoritarian districts, and in order to win, the applicant must gain a majority (in total, 6293 candidates were registered). As a result of the elections, the “Together!” coalition, which supports President Emmanuel Macron, received the largest number of mandates (245) in the National Assembly. It includes the Renaissance party created by Macron; (formerly Forward Republic!), the centrist Democratic Movement and the centre-right Horizons and “Act.” However, this is not an absolute majority, as in the parliament of the outgoing convocation, where the coalition had 350 seats immediately after the 2017 elections (however, then their number was reduced to 267).

The recently elected President of France lost his absolute majority in parliament for the first time since 1988, Reuters calculated.

Government spokeswoman Olivia Grégoire, on the RMC-BFM radio station, said that the coalition was counting on better results, but even in this situation, the results cannot be considered a defeat for Macron: “The French have voted in elections four times in recent months and each time gave first place to the presidential bloc.” ;,— Grégoire explained, referring to the presidential elections that also took place in the spring in two rounds.

The second in terms of the number of mandates was the union of the left parties “New People's Ecological and Social Union”; (NUPES)— 131 places. It includes the party of Jean-Luc Mélenchon, who came third in the spring presidential election, France Insubordinate, as well as the socialists, the Greens. and communists. Mélenchon called the loss of former positions by the presidential coalition a victory.

Marine Le Pen's far-right National Rally party came third for the first time, with a record number of votes and 89 seats. This significantly exceeds the party's position in the previous parliament, where it had only eight seats. “This group will certainly be the largest in the history of our political family,” — Le Pen said on Sunday, promising her supporters that she will defend the party's line on immigration and security (she proposes to limit the first and strengthen the second).

Read on RBC Pro Pro I want to make a training plan. What's important to consider How to Pro And live easy: six countries to change tax residency Pro articles In depth: what freediver skills are useful in everyday life Pro articles How the “Fear Index” helps to predict the dynamics of the US market Pro articles Wrongful dismissal: what to do if you ” asked to leave” Instructions Pro Banks in Russia are urgently changing their software due to sanctions. What awaits the financial market Forecasts Pro x The Economist The special operation delayed the crisis in Latin America. But it won't be for long Predictions Pro The Benefits of Regrets and the Power of Genuine Fun: 5 Fresh Self-Development Books Articles

Right-wing “Republicans” won 61 seats in the elections. According to The New York Times, this party— one of the main candidates for partners of the presidential bloc, capable of giving an “active majority”, but in this case, “Together!” concessions will have to be made and Macron will be much more dependent on his centrist allies than during his first term.

What the election results mean for Macron

The change in the balance of power in parliament means that Macron will not be able to carry out the planned reforms, relying only on his supporters: the success of the initiatives will depend on his ability to rally moderate forces outside the alliance. “There is nothing worse than adding disorder in France to disorder throughout the world,” — he said before the second round.

Melenchon has already promised that the second place of his coalition will allow him to block all Macron's initiatives. Moreover, on July 5, the left plans to put forward a vote of no confidence in the head of state in parliament. However, even in alliance with Le Pen, they will not have enough votes to carry it through. The prospect of changing the prime minister also looks unrealistic. After the re-election, Macron appointed Elisabeth Born as head of government, in the parliamentary elections she was re-elected in her constituency. Considering this and the overall result of the party, the second woman prime minister in the history of France is likely to retain her post.

Nevertheless, French newspapers and members of the government describe the election results as a shock to the ruling forces. Finance Minister Bruno Le Mer called them a “democratic shock”. If other parties do not cooperate with the pro-presidential alliance, he said, “it will block our ability to reform and protect the French,” Reuters reports.

“Result” risk for our country in the light of the challenges we face, — Born said. According to her, from Monday, work will begin “on the creation of an active majority” capable of working effectively on legislation.

The economic publication Les Echos compared the election results to an earthquake.

The situation for the president is difficult, but not catastrophic, Sergey Fedorov, a leading researcher at the Department of Social and Political Research at the Institute of Europe of the Russian Academy of Sciences, commented to RBC, although the loss of an absolute majority in the National Assembly by the presidential coalition will certainly make it difficult to pass presidential initiatives through the lower house. Fedorov is also of the opinion that the most likely allies of Vmeste! Republicans may be able to provide the missing 44 seats for an absolute majority, since “many of them are already close enough to the Macron camp.” However, such an alliance may raise the question of the Republican Party’s own political face, which is already in a “foggy position”, the expert stipulates.

Speaking of the extreme measures that Macron can take, Fedorov notes the president’s right dissolve the Parliament according to Art. 12 of the Constitution. In this case, repeated elections will be scheduled, but there is a risk that the results of the president’s supporters will be even more unsatisfactory: “Perhaps in the future, if it becomes clear that the situation is deadlocked and the work of the parliament in such a composition is impossible, the president will resort to such a decision . But now he is unlikely to go for it.